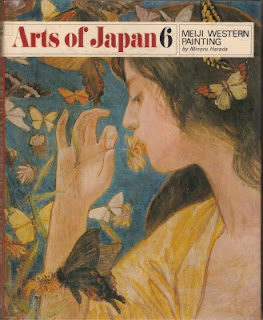 Meiji Japan (1868-1912), open to the world after two and a half centuries of insolation and eager to catch up, promoted the study of Western arts and sciences with a purposeful intensity seldom equaled beforeb or since. Along with engineering and metallurgy, industrializing japan needed Western drawing and drafting techniques and undertook a comprehensive study of Western painting. This pragmatic approach was quickly transformed into an art movement; but, caught in a surge of nationalism, Western-style painting came to be accepted only slowly.
It was not until after painters like Seiki Kuroda and Chu Asai, who had studied abroad and been influenced by new currents in Western European ant, returned home that the new movement really began to take shape. Groups such as the Meiji Art Society and the White Horse Society at first held own exhibits, but in the late 1880s their work was finally accepted for display at the government-sponsored exhibits along with those of more traditional artists. 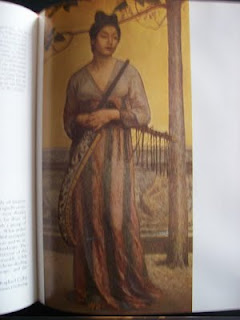 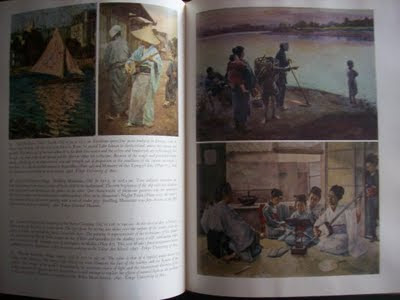